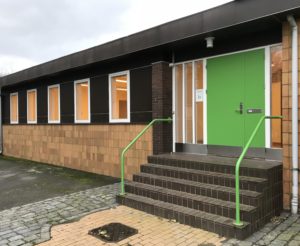 Being a mom to a very creative daughter, Ailefo´s founder Christiane wanted to create a product, which removed her concern of what might be absorbed through the skin or mouth during her daughter's creative play. Equally important a product not harming the environment in which the daughter was to grow up.

At the time working as a registered anesthesia nurse aware of the high cases of allergies in children today, even at a very young age, the product had to be of the highest possible standards for allergy friendliness.

In the year 2015 Christiane chose to end her nursing career of 17 years and established Ailefo ApS.

At home Christiane with the help of her daughter worked intensively, with the production development of Ailefo Organic Modeling Clay.

They kneaded and mixed ingredients over and over again in the pan inherited from her daughter ́s grandparents. It stuck to their fingers, was too dry, the colors were sad or rubbed off. Hundreds of recipes were tested, before they finally had the recipe for Ailefo Organic Modeling Clay. 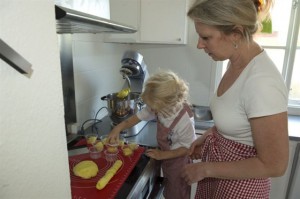 May 2017 Ailefo received the award "Company of the Year 2017" from Bornholms Erhvervsservice.

"What drives us is, that Every Choice Matters. Children not only need creative play to stimulate physical and personal growth. The state of the world we live in demands for us to create products of the highest possible standard." - Christiane Larsen, Founder of Ailefo

Find us on map